Winter is the time of year when many mammals like the “woolly photographer” hibernate. These cautious animals rarely leave their den during the cold, damp days of winter although they can often be found at or near the various watering holes in the area. This is especially true of rainy Sunday afternoons here in North America.

Yet, every once in a while you’ll find one of these creatures wandering the countryside in search of prey, in this case a subject to photograph. Once the “woolly photographer” scents his prey, the chase is on and these less than graceful creatures can be seen lugging Gitzo tripods on their shoulders and stumbling through the urban savanna with one thought on their minds; “f/5.6 or f/8 ???”. Its truly an awesome sight to behold.

However, many of the lesser known “woolly photographers” are late to the chase and end up living off the remaining scraps of little known subjects such as this. Yes, ladies and gentlemen, even in the land of the “woolly photographer” its survival of the fittest. 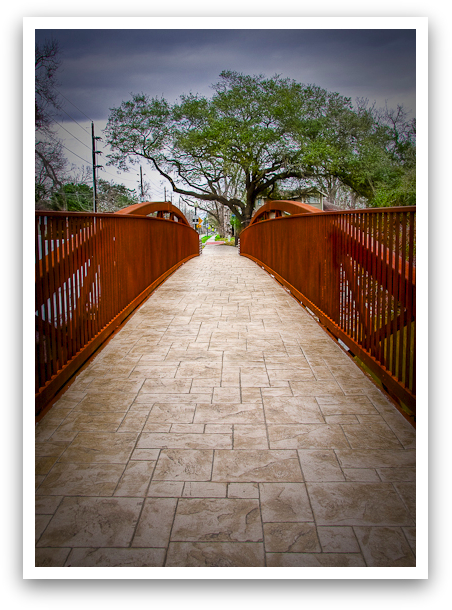 Walking Bridge After the Storm
Copyright © 2009 Jeff Lynch Photography
Shots taken with a Canon 40D tripod mounted and set on aperture priority (Av), using an EF-S 17-85mm f/4-5.6 IS USM. The three exposure bracketed set was taken at 22mm, f/8 at ISO 100 on Sandisk digital film. All post capture processing was done in Lightroom 2 and Photomatix Pro. Click on the image above for a larger version.

In landscape photography its the little things that count. One of the most important aspects of creating a well composed landscape image is knowing where “level” is. This is especially true when your background is hilly or mountainous. We use our sense of “level” so much every day that a person will look at an image on the web or in print and instinctively know if it’s not perfectly level. 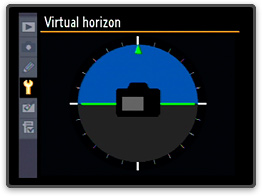 Finding the perfect “level” has become fairly easy for Nikon shooters since inclusion of a Virtual Horizon in the D3, D300 and D700 firmware. This wonderful little feature was made famous several months ago in a hilarious post by Joe McNally. I’m not quite sure this was exactly the publicity Nikon was looking for but it certainly demonstrated the feature well. 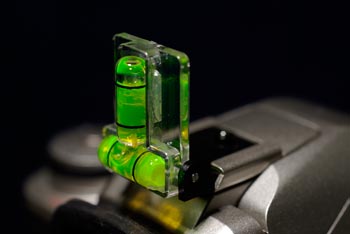 For those of us shooting with Canon DSLRs the answer is the not so famous hot shoe bubble level like the one shown here from Ross Photographic. This wonderful little device takes all the guesswork out of finding a perfect “level” in our landscape images.

Its (still) winter and even here in sunny Texas, many weekends are full of rain and dark clouds. On days like this I’ll usually just sit inside and sort through old images looking for those hidden gems in Lightroom that might make a good post. Other times however, I’ll just have to get out with my camera and look for something to shoot before I go stir crazy.

Shooting during inclement weather doesn’t have to be such a pain, if you follow a few simple rules.

Storm Brewing
Copyright © 2009 Jeff Lynch Photography
Shots taken with a Canon 40D tripod mounted and set on aperture priority (Av), using an EF-S 17-85mm f/4-5.6 IS USM. The three exposure bracketed set was taken at 20mm, f/9.5 at ISO 100 on Sandisk digital film. All post capture processing was done in Lightroom 2 and Photomatix Pro. Click on the image above for a larger version.

When you buy a good quality tripod, you just get the tripod legs. A good quality ballhead can make all the difference in capturing great looking landscape or nature images. A ballhead will let you quickly and easily adjust where your camera is pointed and how it is oriented (horizontal or vertical). Its also the most secure means to hold that expensive DSLR and lens you’ve just paid good money for.

The folks at Really Right Stuff make the best ballheads and arca-swiss style clamps I’ve ever used and the unit shown below is their BH-40 LR (BH-40 head with B2-40 LR clamp). It fits perfectly on my Gitzo Traveller tripod legs and keeps my Canon 50D perfectly still when taking nature shots. It’s also a great ball head for basic pano shots as well. 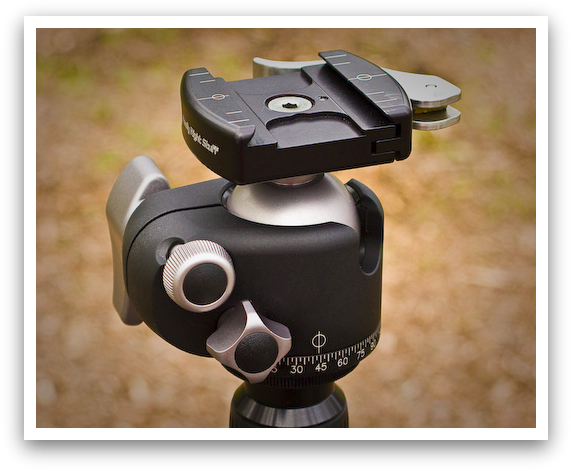 I’m very pleased to announce that the Serious Amateur Photography blog has been listed in Alltop! I would really like to thank all my readers, friends and fellow photographers for helping this blog grow and prosper.

I’d also like to thank the folks at WordPress for all their help and support.

Special thanks go out to my friends Tom & Jared, Mark and John for their daily encouragement, their inspiration, dedication and courage as photographers. As my kids like to say “You Guys Rock”!

Its the middle of winter and even here in sunny Texas, its cold and wet. On days like this when the weather makes shooting questionable, I like to sit down with a nice cup of tea, open up Lightroom and review some of my images from months past. Its amazing how a little time and distance can change your perspective on the images you thought were not quite up to snuff.

Take this shot for example. I captured this during a walk last fall through the Monument Hill State Historical Site near La Grange, Texas. I rounded a turn in the old road and decided this scene might make a nice shot so I took a few exposures but wasn’t really thrilled by what I saw on the LCD. Now several months later this shot looks much better to me, especially after some cropping and enhancements using Nik’s Color Efex Pro filters. Its also nice to look at some color during these long winter months. 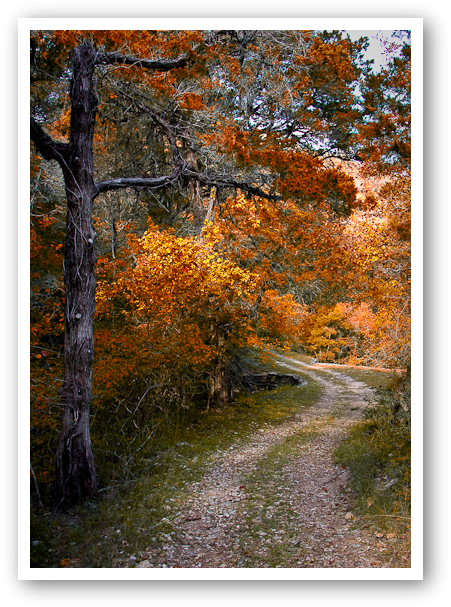 Remembering Autumn
Copyright © 2008 Jeff Lynch Photography
Shot taken with a Canon 40D tripod mounted and set on aperture priority (Av), using an EF-S 17-85mm f/4-5.6 IS USM. The exposure was taken at 26mm, f/13 for 1/8th of a second at ISO 200 on Sandisk digital film. All post capture processing was done in Lightroom 2 and Photoshop Elements using Nik’s Color Efex Pro filters. Click on the image above for a larger version. 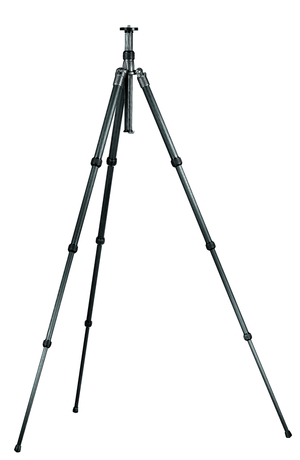 If there’s one accessory that every amateur nature photographer must have, its a good quality tripod. No other accessory will provide as much “bang-for-the-buck” in obtaining tack-sharp images as the tripod. Yes, image stabilization (or vibration reduction as Nikon likes to call it) technology can help but there’s really no substitute for a good tripod.

I want to be really clear on this. Buy the best quality tripod legs you can afford and buy them only once. Cheap tripod legs don’t just cost less, they plain don’t work! I’ve seen so many folks start out by buying a $100 tripod only to find out that it won’t hold their $1500 DSLR and $900 lens steady in windy conditions. Then they buy a $200 set of aluminum legs that are almost too heavy to carry. Finally they spend $500 – $700 on a good pair of carbon-fiber legs and wish they hadn’t wasted three months, $300 dollars and 3000 shots.

I strongly recommend buying Gitzo tripod legs like the GT1541T Traveller shown here. Gitzo is the brand that most professionals and serious amateurs use and its for a good reason. Gitzo tripods work very, VERY well and last almost forever!

I found this spot during a hike last summer in the “Lost Pines” section of the Bastrop State Park in central Texas. This unusual, moss covered rock outcropping really caught my eye. In fact, if you look at the large rocks just right of center in this image they almost look like a face chiseled out of the stone.

Now I’m not easily spooked, but the longer I looked at this rock formation the more lifelike it seemed. I couldn’t see any signs that the rock had been carved so I guess its just one of those strange quirks of nature. 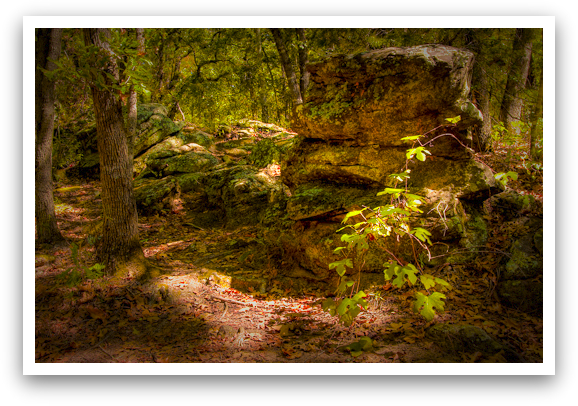 The Grotto
Copyright © 2008 Jeff Lynch Photography
Shot taken with a Canon 40D set on aperture priority (Av), using an EF-S 17-85mm f/4-5.6 IS USM tripod mounted. The exposure was taken at 24mm, f/13 for 1/8th of a second at ISO 100 on Sandisk digital film. All post capture processing was done in Lightroom 2 and Photoshop Elements using Nik’s Color Efex Pro filters. Click on the image above for a larger version.