If you’ve read my previous posts about tripods, then you understand that high quality tripods are sold “bare”, without anything to attach them to your camera. This is where the ballhead and quick-release clamp come in. Good quality ballheads are designed to support heavy loads, move smoothly but lock solidly. Ballheads are easier to use and much more stable than the old fashioned “pan & tilt” tripod heads. Aiming and leveling can be accomplished as one motion, and solid lockup is accomplished with a tightening of only one control. The best designed ballheads also offer variable tension that makes them easy to control. Tripods with ballheads are much easier to pack and carry than pan & tilt heads since they have no long handles to get in the way. 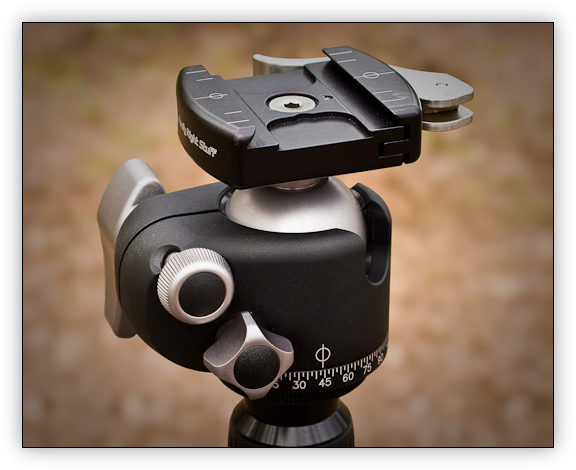 But the ballhead is only half the story. The other half is the clamp system which is used to attach your camera to the ballhead. Mounting your camera using the standard ¼”‑20 screw is far too slow and insecure. Instead, many manufacturers adopted the “Arca-Swiss” standard which uses an open-ended dovetail channel with compressing side jaws that grip the mounting plate or bracket attached to the camera. This unique setup provides a quick and easy clamping system that is very solid and secure.

When used in conjunction with an L-Plate designed for your specific camera the quick-release clamp system allows the landscape photographer to quickly switch between shooting horizontally and vertically as shown in the images below. 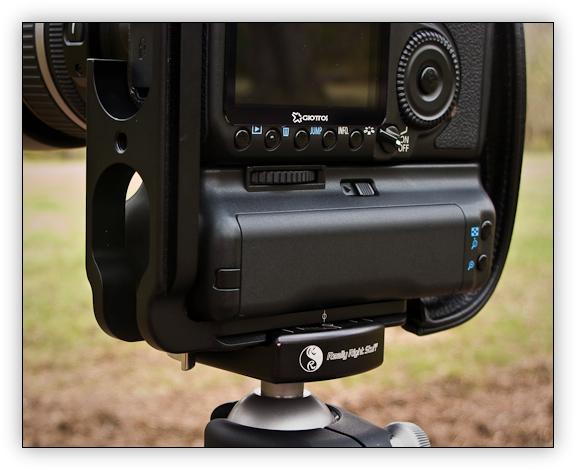 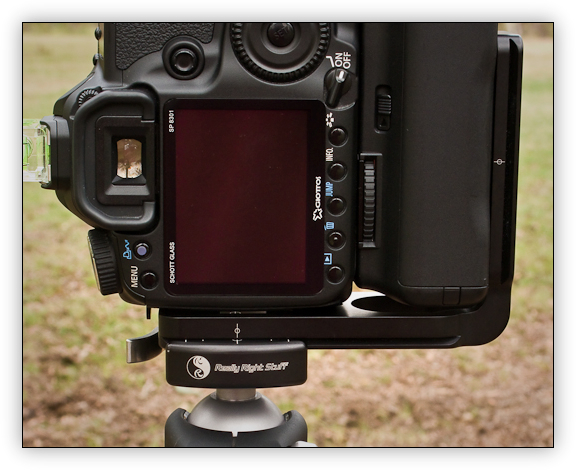 Really Right Stuff
In my opinion the best designed and highest quality ballheads, clamps and camera plates are made by Really Right Stuff, a great little company in California owned and operated by Joe Johnson. The folks at RRS are incredible to work with and their attention to detail in the design and manufacturing of camera support systems is second to none. That’s why you’ll see nine out of ten professionals using RRS gear including guys like Joe McNally, Moose Peterson and Scott Kelby.

The advice I give to any serious amateur is to buy the best tripod and ballhead you can possibly afford and buy them only once.  Really Right Stuff (gotta love that name) gear is expensive folks but worth every single penny. The workmanship is something I’ve only seen in medical devices before and the various parts fit together perfectly, time after time.

I’ve put an RRS L-Plate on every camera I currently shoot with from my 5D mark III to my G10 and can lock them into my BH-40 LR / Gitzo Traveller in just seconds to capture that perfect light at the end of the day. I honestly can’t imagine using any other brand than Really Right Stuff.